Last Updated July 6, 2021
Want to learn what Chakra Meditation is and how it can benefit you? Continue reading!

What Are the 7 Chakras? 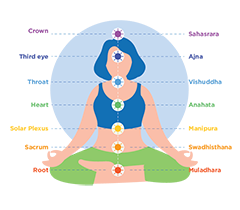 Each energy point acts as a wheel, spinning and vibrating with energy. The higher the frequency of vibration1, the more in balance your chakras will be.

Altogether, each of the 7 chakras align with a specific point along the spine. The chakra are named: 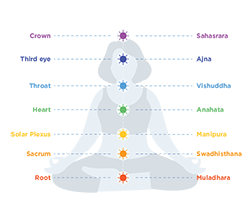 Chakra meditation comes from ancient Hinduism. The chakras were first mentioned in the Vedas (ancient Hindu scriptures), somewhere between 1500 to 500 BCE.

According to the Vedas, the chakras are said to be shaped like lotus flowers with many petals. The petals, in turn, are associated with specific chakra sounds2, containing the unique alphabet sounds (phonemes) of the Sanskrit language.

Want to know how to open your chakra petals for improved mental awareness and emotional balance? The answer is meditation for the chakras3 . 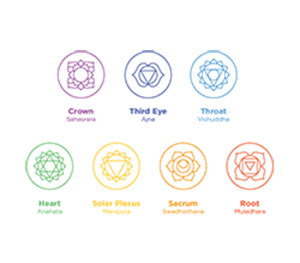 If you chose to do a root chakra meditation, you would be focusing on chakra elements such security, stability, and overall basic needs. For instance, you might be concentrating on needs such as shelter, food, safety, and water. Interconnection and responsibility are some of the emotional needs you might focus on as well.

How to Open and Align Chakras

To perform a deep breathing chakra meditation, first, find a quiet place where you can be alone. Sit with your legs crossed at the edge of a meditation cushion or firm pillow. Put your hands on your knees with your palms facing up. Cast your eyes downward or close them gently.

Once all of the air is out of your lungs, hold for a final count of four. This is called square breathing or box breathing. Do this two additional times. Learn more about the benefits of box breathing here.

In total, there are 7 chakras:

Ideally, you want your chakras to be open, balanced, aligned and activated. This basically means that all of your chakras are vibrating at a high frequency. 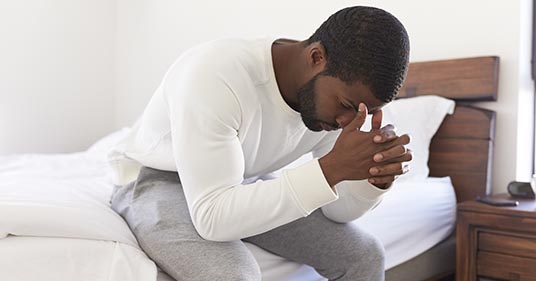 According to the National Institute of Mental Health, approximately 19 percent of the...
Read More 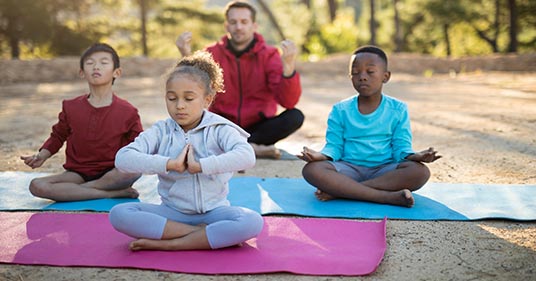 According to a recent statistic released by the American Academy of Pediatrics, As many as 30...
Read More 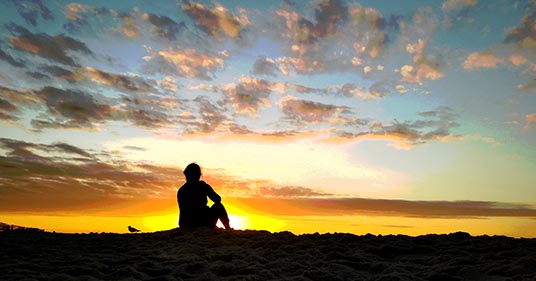 Thinking about doing morning meditation? You really should, as it is the best way to start the day...
Read More