While many of the concepts are not scientifically proven, it is a popular yoga style with a number of potential benefits. 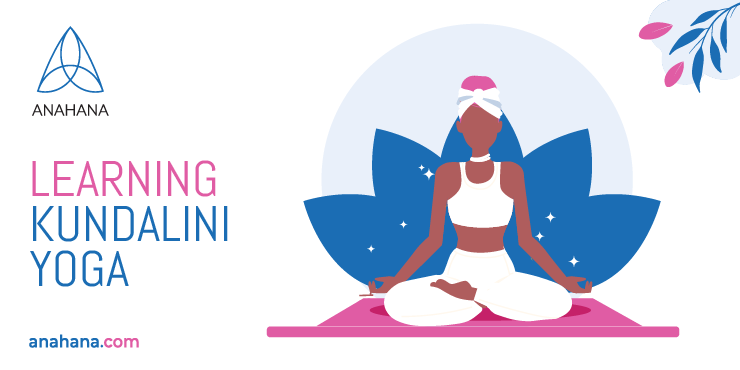 Also known as the Yoga of Awareness, Kundalini is a Sanskrit word that originated in Hinduism and ancient Vedic texts. Kundalini was said to be energy that lies dormant at the base of the spine until it is activated and channeled upward, through the chakras, in spiritual development.

Kundalini yoga gets its name from the focus on awakening kundalini energy through specific techniques.  These methods include mantras (repeating a sound or word), tantra (working with energy centers), yantra (sacred diagrams), yoga, and meditation.

The Sanskrit term "Kundalini Shakti" translates as "Serpent Power." The Divine feminine spirit, known as shakti, is something that every person possesses, says the doctrine of Kundalini. It is a coiled-up, potential energy symbolized by the image of a coiled snake living at the base of the spine.

Although kundalini developed as a part of tantra, the esoteric aspect of Hinduism and Buddhism, at the same time as hatha yoga evolved, Swami Nigamananda (1935) taught a form of what he called laya yoga.

Then also, in 1935, Swami Sivananda introduced many readers of the western world to "Kundalini Yoga" with his book on the subject. The book has in-depth details about Kundalini Yoga and combines laya teachings from foundational yoga texts, the Hatha Yoga Pradipika and Sat Chakra Nirupama.

A few decades later, in 1968, Harbhajan Singh Khalsa, also known as Yogi Bhajan, introduced his brand of kundalini yoga to the  It's called "Kundalini Yoga as taught by Yogi Bhajan." He founded the "Healthy, Happy, Holy Organization" (3HO) as its teaching institution. Yogi Bhajan took yogic postures and techniques and attached them to Tantric theories and Sikh mantras to create a new Kundalini yoga style.

Kundalini Yoga, as taught by Yogi Bhajan, is still strict to the three ancient pillars of Patanjali's “kriya yoga” system: discipline (tapas), spiritual study (Svadyaya), and devotion to God (Isvarapranidhana) – however, it does not suggest extreme forms of religious self-discipline. Unlike ascetic forms, Yogi Bhajan encouraged his students to be fully engaged in society, including marrying and having businesses. Rather than only worshiping God as above or outside, his teachings encourage students to experience God through training their minds.

Yogi Bhajan's version of Kundalini Yoga has become the most well-known form of the practice, as it continues to grow all over the world with thousands of teachers trained. It’s also become popular through many books, videos, and teachers like Gurmukh Kaur Khalsa. 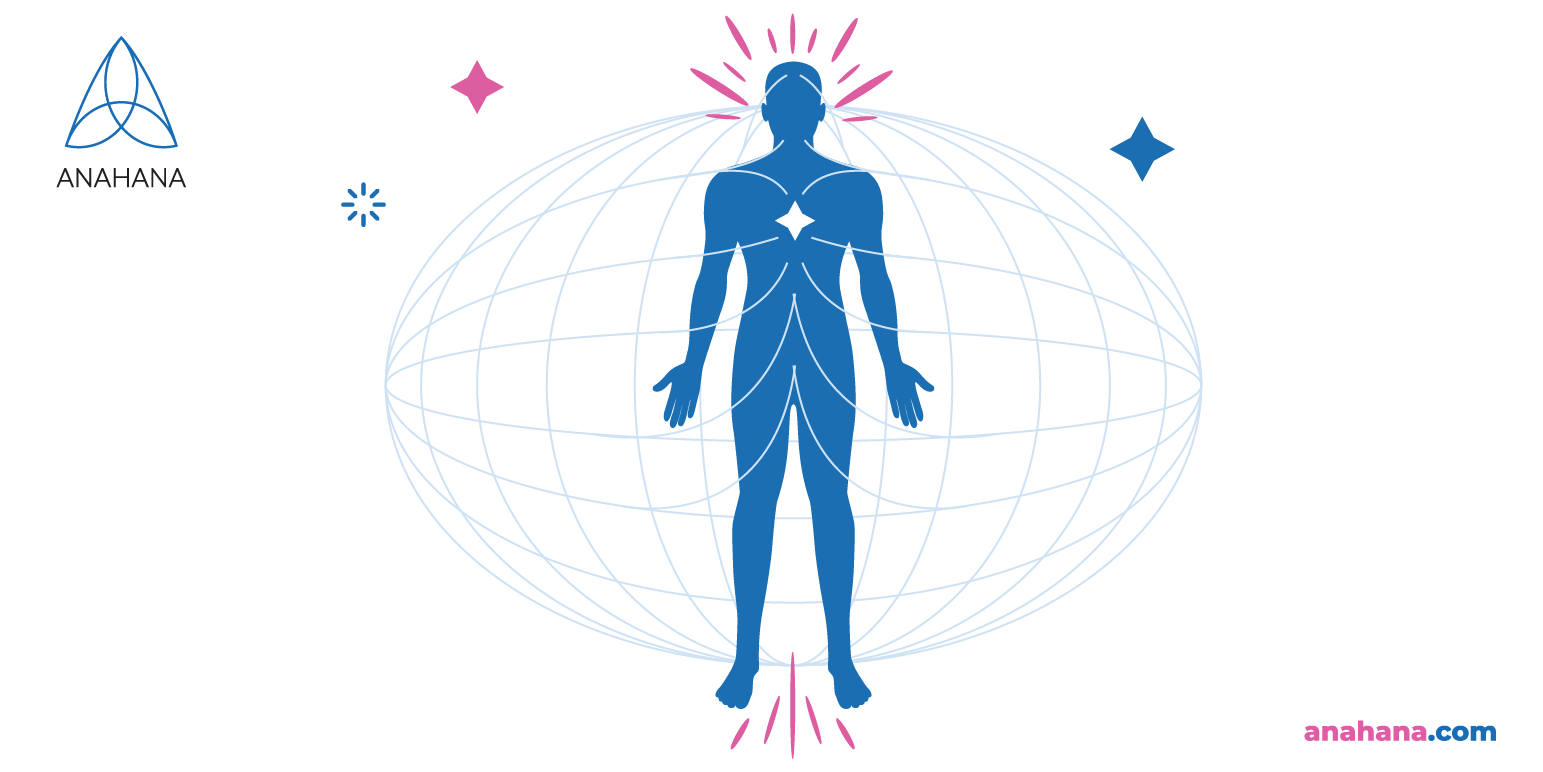 The kundalini energy is said to travel along the Nadis, of which there are 72,000 channels. Still, the main ones are along the spine: Ida (left), Pingala (right), and central, or Sushumna Nadi - the main vessels of pranic energy in the body.

Kundalini's spiritual energy flow is defined as being sparked during yogic breathing when prana and Apana blend at the 3rd chakra (navel center). At this point, it initially drops down to the 1st and 2nd chakras before traveling up to the spine to the higher centers of the brain to activate the golden cord - the connection between the pituitary and pineal glands - and pierce through all of the seven chakras:

As Kundalini Yoga borrows from and integrates many different approaches, it can be thought of as a multi-layered, 3-fold approach: Bhakti (devotion) yoga, Shakti (power) yoga, and Raja (mental control and willpower) yoga. Through the daily practice of kriyas (effort) and regular disciplined meditation (sadhana), the primary purpose is described as a practical technology for transforming human consciousness. The intention is to achieve ultimate creative potential. With the practice of Kundalini, one is thought to be able to attain moksha (liberation), or the freeing of oneself from the old repetitions of thought, patterns of behaviors, and cycles of one's previous actions (karma) to realize one's true path and unique life purpose (dharma).

Kundalini awakening is said to be the process by which the kundalini energy, which resides at the base of the spine, is awakened and rises through the chakras to the crown of the head. This process results in a profound transformation of consciousness and deepening one's spiritual understanding and connection to the Universe.

The experience varies significantly from person to person. Common features include an intense sense of bliss, feelings of being "one" with the universe, and a profound opening or expansion of consciousness.

Kundalini energy is often described as a snake or coiled-up serpent that lies dormant at the base of the spine. In Hindu tradition, this divine energy is known as Shakti and is seen as the feminine principle of creation.

Kundalini awakening can occur spontaneously or as the result of specific practices, such as meditation, yoga, or breathwork. It can also be triggered by trauma, shock, or intense emotional experiences. In some cases, kundalini awakening may happen without any apparent cause. Awakened kundalini energy is said to remain active for the rest of a person's life. However, it is often undetectable except in certain situations or when directly triggered by such practices as meditation or another spiritual practice.

The Kundalini Research Institute (KRI), Sikh Dharma International (SDI), and Guru Ram Das Center for Medicine & Humanology (GRC) all have worked to advance the scientific understanding of Kundalini and its effects on human physiology. While there is still much research on the effects of Kundalini Yoga, the evidence that exists is compelling.

Additionally, because Kundalini Yoga is a practice that includes mental and emotional self-care and awareness, it could possibly be helpful in the treatment of various addictions and substance abuse disorders.

One of the benefits of Kundalini Yoga is that it promotes mental clarity, concentration, and emotional balance. Kundalini breathing exercises, such as alternate nostril breathing, and breath of fire can help calm the nervous system and reduce stress levels. Additionally, Kundalini's emphasis on the mind-body connection can help to increase self-awareness and understanding, both of which are important for maintaining mental well-being.

Regular practice can improve physical strength, flexibility, and stamina. The asanas (yoga poses) and Kundalini Kriyas (sequences of yoga poses) help tone the muscles and improve the range of motion, while deep breathing helps increase lung capacity. Additionally,  Kundalini's focus on the spine can help to improve posture and alleviate back pain.

Kundalini Yoga can boost the immune system and promote overall health and well-being. These benefits are likely due to physical exercise, simple breathing techniques, and meditation.

As with many types of yogas, kundalini yoga has several possible benefits with regular practice:

What is Kundalini yoga?

Kundalini yoga is a type of yoga from Hinduism that focuses on awakening and harnessing the latent energy at the base of the spine. A typical Kundalini yoga class aims to use this powerful energy to improve health, increase consciousness, and achieve enlightenment.  While there are many different forms of yoga, Kundalini is one of the more esoteric practices and involves a wide array of spiritual exercises.

What are the benefits of Kundalini Yoga Practice?

Some of the benefits include reducing stress, anxiety, and blood pressure, improving focus, creativity, and imagination, and helping with sleep and digestion. This practice aims to help you become more aware of your energy to use it better.

Despite the perception that a Kundalini practice is dangerous, there is no supporting evidence.  While this may be true in rare cases, there are certain things that you can do to minimize your risk of injury.

First, it is essential to pay attention to your body and listen to the signals it sends you. If you experience any pain or discomfort while practicing, you should stop immediately. You should also consult with a qualified medical professional if you have any issues or concerns.

Additionally, it is crucial to practice Kundalini yoga under the guidance of an experienced yoga teacher at a yoga center who can help you avoid any potential pitfalls or complications. Ultimately, the key to preventing injury while practicing Kundalini yoga is to listen to your body and be aware of your limits. You can enjoy the many benefits without putting yourself at risk if you do this.

Is Kundalini yoga suitable for beginners?

Yes! While Kundalini class can be a challenge for even advanced practitioners it can also be a great yogic practice for beginners.

As with any new form of yoga or exercise, it is best to consult with your health professional if you have any medical conditions or concerns with your physical body.

When to Practice Kundalini Yoga

For any yoga practice, it’s helpful to have a given time of day and place for your sadhana (daily routine). Traditionally, early morning (think 4-5 AM) is ideal because the mind is more sattvic, clear, and open. Early in the morning can also be the best time to work it in with a busy schedule. But even if you only have 5-10 minutes before your lunch window, that will make a difference in your presence. Ideally, practice before consuming food; being on an empty stomach, you’re better able to move and digest the energy of your practice.

The Physiological Correlates of Kundalini Yoga Meditation: A Study of a Yoga Master | SpringerLink

A Beginner's Guide to Kundalini Yoga

The Psychology of Kundalini Yoga 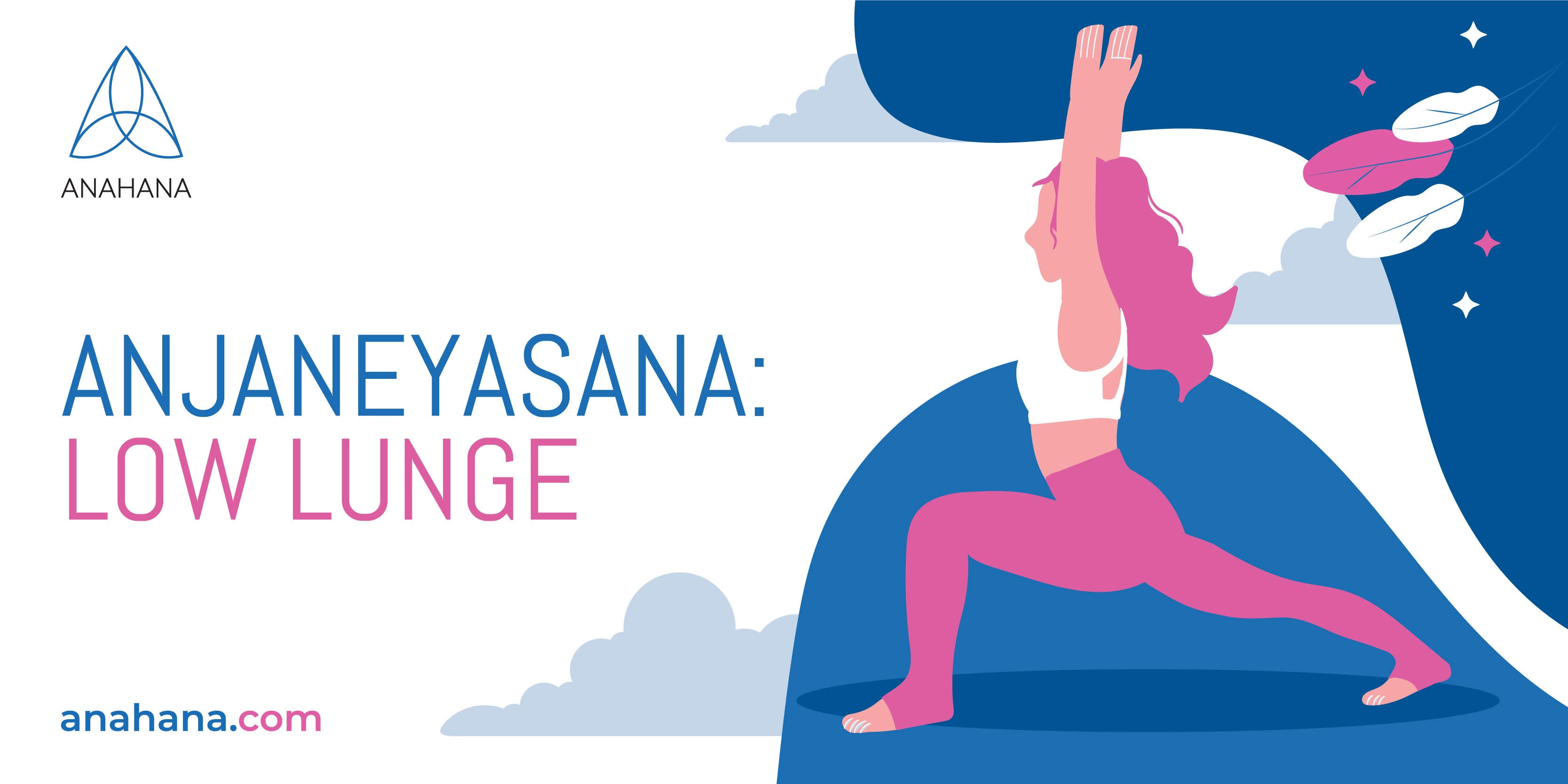 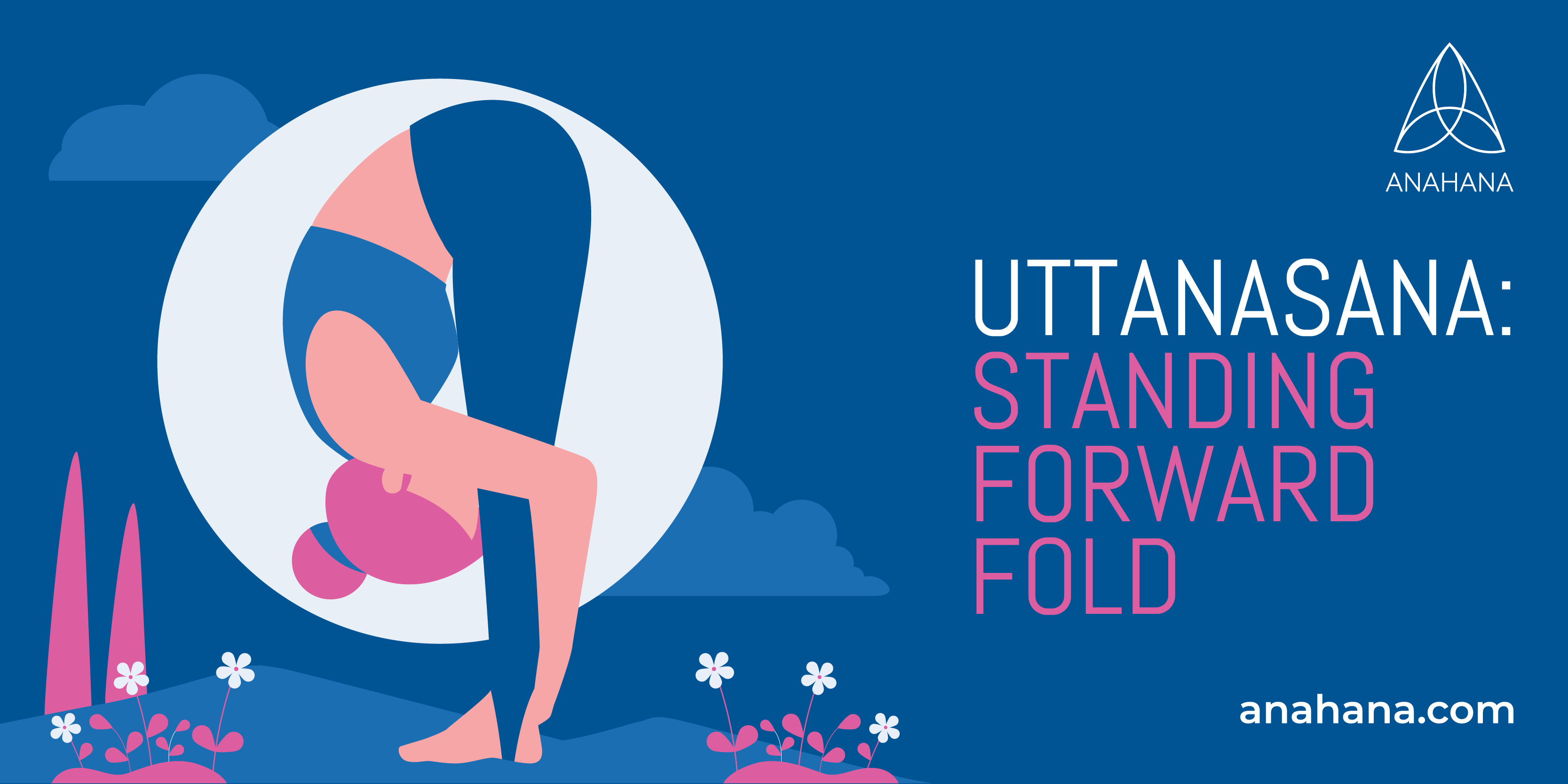 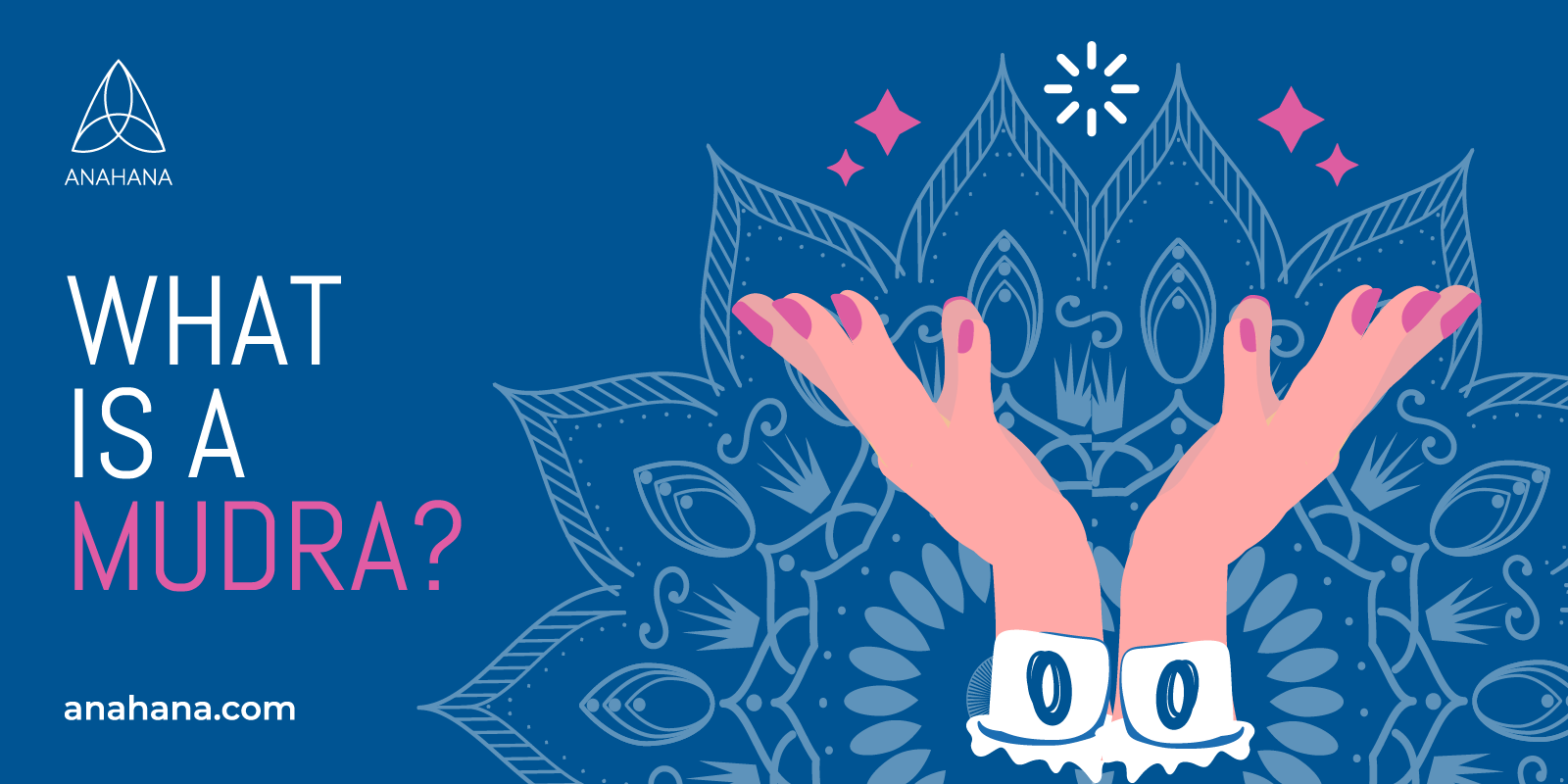