Here we take a closer look at the founder of the popular exercise routine called Pilates, Joseph Pilates, how he came up with the idea, and how it evolved.

What are the Origins of Pilates? 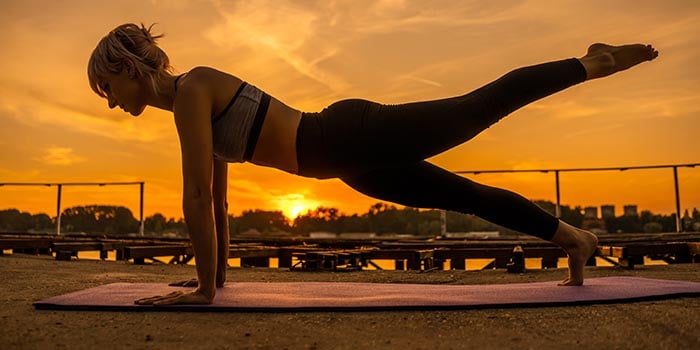 What is Pilates?  Pilates was invented by Joseph Pilates. He was a German-born fitness guru who moved to the United States in the 1920s with his wife Clara Pilates. There, in New York City, Joseph and Clara Pilates founded the first Pilates studio.

Pilates has dance, martial arts, yoga, gymnastics, and ballet origins. It also has a focus on breath awareness, spinal alignment, and core body movements. Just try the Pilates 100 or hundreds exercise for a great workout for the core muscles.

In effect, it is great for whole body health: a workout for the body, mind, and spirit. It’s a great routine for everyone — no matter the age, size, fitness level, or workout goals.

Pilates exercises can help with body conditioning, strengthening and toning the muscles, weight loss, improving flexibility, and more. Workouts can be catered to the individual's skill level and abilities. There are many Pilates variations available as well making it an excellent exercise practice for beginners.

The 6 Essential Principles of Pilates are as Follows:

Who was Joseph Pilates?

The history of an exercise is often difficult to pin down. But with the Pilates history, the story is easy to trace.

The history of Pilates starts with its inventor Joseph Hubertus Pilates (also known as Joe Pilates).

Joseph Pilates was born in Germany in a town called Mönchengladbach in 1883. His mother was a naturopath. His father was a prize-winning Greek gymnast who had a family gym. Both of his parents greatly influenced Joseph Pilates's later interest in therapeutic fitness.

As a young man, Joseph Pilates was a sickly child. He suffered from rheumatic fever, rickets, and asthma. He was so affected, in fact, that his parents were told he may die as a child. Defiantly, Joseph Pilates did not give up or wallow in his illness.

Instead, Joseph Pilates dedicated himself to getting his body back in shape through physical training. He took up a number of fitness regimens, including martial arts, bodybuilding, gymnastics, boxing, and yoga. He also went outside to exercise and focused on improving his breathing to better his asthma.

At the age of 19, Joseph Pilates took his newfound fitness skills on the road. He began making a living as a circus performer and professional boxer in England.

World War I was about to begin, and as a German, this meant Joseph Pilates would have to go into a British enemies citizens internment camp on English territory. He was sent to the Isle of Man along with other German nationals. Here he taught wrestling and other self-defense exercises to those at the internment camp.

At the camp, Joseph Pilates assisted other Germans ­(many of whom were part of the German army who had been wounded at war) in recuperating from their injuries. This was done through therapeutic exercises. He removed and attached bed springs to the beds the soldiers were lying in. In this way, he created resistance machines using the bed springs that the ailing soldiers could work out with.

After the war, Joseph moved back to Germany to continue his work on various types of physical exercises. This included working as a physical trainer for the Hamburg military police for a short time where he focused on self defence and other exercises. Before World War II, he left Germany for the United States. Joseph met Clara, his future wife, on the passenger ship that brought him there.

Contrology (later to become “Pilates”), focused on core strength, alignment of the spine, and awareness of the breath. Their studio became famous throughout New York and trained those who are known as the Pilates elders. The Pilates taught together until the 1960s.

There were two books Joseph Pilates wrote sharing his balanced body and mind approach. The Joseph Pilates philosophy centered around complete connection and coordination of the body, mind, and spirit. This sentiment can be seen in most Joseph Pilates quotes.

One of the hallmarks of the Pilates exercises has to do with teacher training and the organic way in which students became teachers, especially at the inception of the Pilates method in New York.

As Joseph Pilates’s fitness method began to take off in the city, New York professionals quickly found their way to the studio. In fact, the studio’s proximity to Broadway meant that many dancers, choreographers, and performers from the dance community soon took up the practice and began to share a Pilates connection.

These professionals would later go on to become the first generation of Pilates teachers and instructors. Joseph Pilates himself taught them, and in the 1980s, these teachers began to form their own studios and Pilates power gyms. They also trained their own students who would also become teachers. Some even took the Pilates method back to their dance studios.

In this way, the Pilates method fanned out in the New York area and especially among dancers and choreographers. This included George Balanchine, Martha Graham, and Ted Shawn. 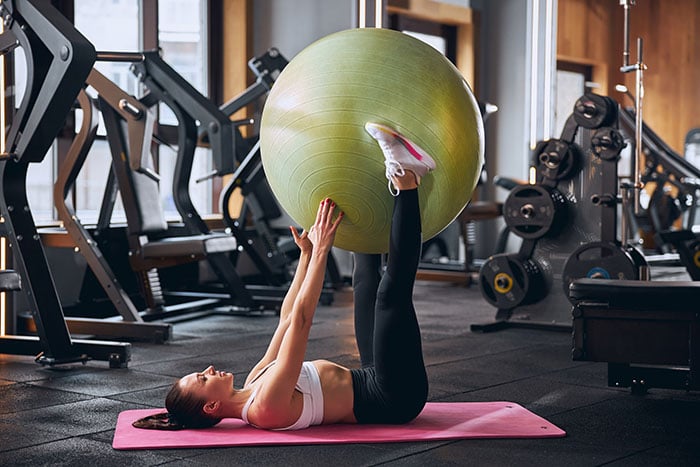 With its teachings in grace, strength, and therapeutic exercise, Pilates grew quickly among famous figures, including movie stars, musicians, athletes, and others in the spotlight.

This inevitably helped the Pilates evolution throughout the U.S. and other countries. Fans heard that their favorite celebrities used Pilates to achieve toned, beautiful bodies, and optimal health.

Many well-known people still practice and have a love for Pilates as well, including:

Below are some of the most asked questions about Pilates.

How old was Joseph Pilates When he Died?

He was 83 years old when he died. Joseph Pilates's death was due to advanced emphysema.

It depends on how the individual wants Pilates to work for them. Pilates is a balanced body workout.

Who can do Pilates?

The Pilates fitness method is for novices and serious athletes alike. An entry point can be found through Pilates classes with instructors that will help an individual begin at their own pace.

What are the Props and Equipment Used in Pilates?

Reformers are the most common pieces of equipment used in the Pilates method.

How is Pilates Pronounced?

What Kind of Workout is Pilates?

Pilates is a low-impact form of exercise that focuses on toning and strengthening as well as flexibility and spinal alignment. It can be done on a mat or a machine called a Pilates reformer.

Pilates typically is not a cardiovascular workout, but it is an excellent whole body practice to incorporate into a workout routine. It strengthens and tones, improves flexibility, aids in breathing, helps with posture, and can help decrease joint pain. It also helps correct muscular imbalances through physical education.

Does Pilates Help With Weight Loss?

At the same time, remember that Pilates works best for toning muscles, aligning the spine, and improving whole body health and fitness. In all likelihood, something like the Pilates hundreds workout is going to make someone sweat the most. Still, the Pilates method is not a traditional form of cardio.

It is also advised that a healthy diet be paired with the Pilates method to optimize results.

Is Pilates for Beginners?

Yes, Pilates is a great exercise for beginners. Read more about it in our Pilates for beginners blog. While many professional dancers, athletes, and already-fit people do Pilates, it is a common misconception that this physical fitness method is only for the pros. In fact, the Pilates origin is one of helping novices in particular by focusing on the Pilates foundation.

If someone is just starting out, they should choose a beginner Pilates class or workout regimen. Mat Pilates is a great place to start. It focuses on mat exercises that are safe for individuals of all ages and abilities.

The History of Pilates

If you have unique physical concerns or restraints, you can speak with your personal pilates instructor for guidance as well.

If your spine is inflexibly stiff at 30, you are old. If it is completely flexible at 60, you are young.

Pilates is a form of resistance training that originated in Germany. Joseph Pilates created it in the 1920s for rehabilitation for war soldiers, and...

The Pilates method is the practice of low-impact exercise that aims to strengthen muscles while improving posture and flexibility. Pilates classes...

There is an extensive range of Pilates equipment on the market today. Some pieces include reformer boxes, Pilates sticks, rollers, and Pilates...