What is narcissism? In casual language, we might describe someone as “narcissistic” when they display an inflated sense of self-importance, a need for admiration, and a lack of empathy for others. 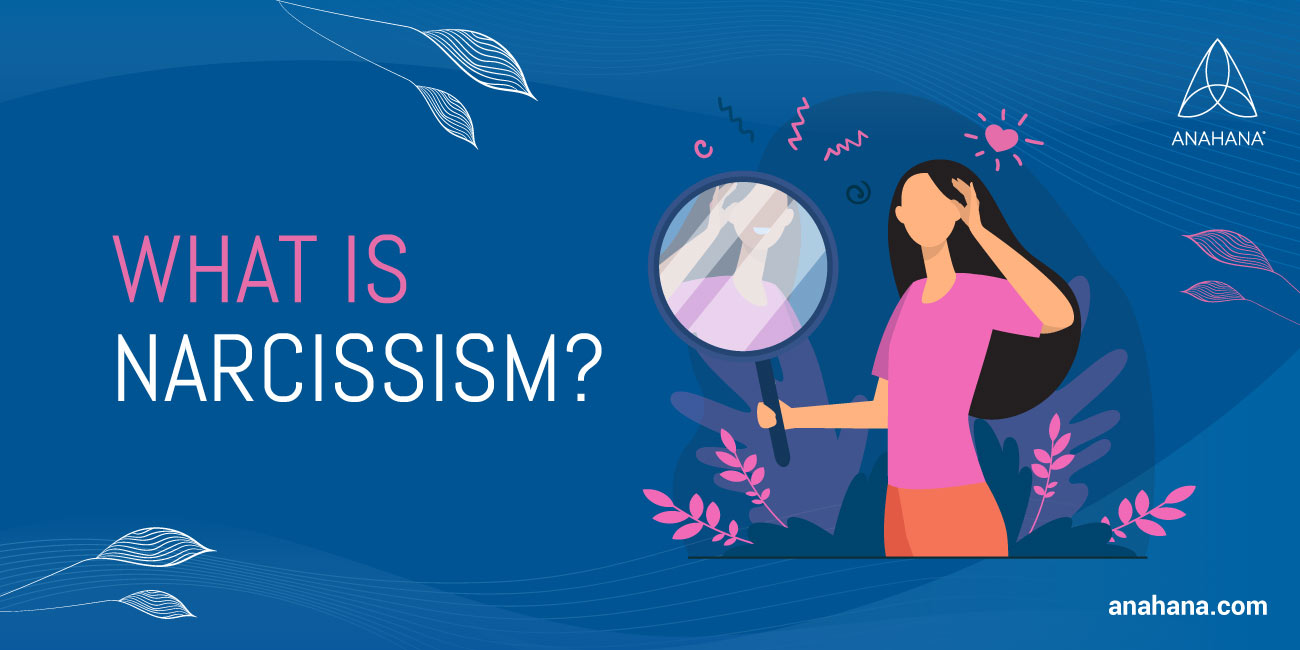 They may also seem to be unemotional and have a sense of entitlement. People who exhibit narcissistic traits may have difficulty forming close relationships due to their lack of empathy and behavioral problems.

As a mental health diagnosis, Narcissistic Personality Disorder (NPD) is a condition that affects about 1% of the general population. It is named after the Greek mythological character Narcissus, who fell in love with his reflection. It is more common in men than women and often begins in adolescence or young adulthood. The disorder is also sometimes called "ego-syntonic." The mainstay of treatment for NPD is talk therapy.

NPD differs from healthy narcissism, which is not a mental disorder. Healthy narcissism is a necessary part of a well-balanced personality. It helps people to be self-confident and assertive. Too much or too little narcissism can be harmful.

People with NPD may appear to have high self-esteem, but it is often fragile and can be quickly shattered by criticism or failure. When they don't receive the attention they crave, they may become depressed or angry.

As the name suggests, narcissism originated with the Greek mythological character Narcissus. In the story, Narcissus was a handsome young man who fell in love with his own reflection. He was so entranced by what he saw that he wasted away and died. The term "narcissism" comes from the Greek word "narkissos," which means "self-love."

The German psychiatrist Heinz Kohut made the first formal description of narcissistic personality disorder in 1971. Kohut described narcissism as a developmental disorder that results from a lack of adequate parental mirroring during childhood. Mirroring is the process by which parents reflect back to their children a sense of self-worth and acceptance. Without this crucial form of validation, children may develop an understanding of inferiority and insecurity. Kohut believed that narcissistic personality disorder could be cured through "self-object transference," in which the patient transfers the need for mirroring from real people to the therapist.

Since Kohut's initial description, there have been many other theories about the causes of narcissistic personality disorder. Some researchers believe that it is caused by early childhood trauma or a lack of adequate parenting. Others believe it is due to genetic factors or an overabundance of certain brain chemicals. Despite these different theories, most experts agree that narcissistic personality disorder results from a combination of genetic, environmental, and psychological factors. 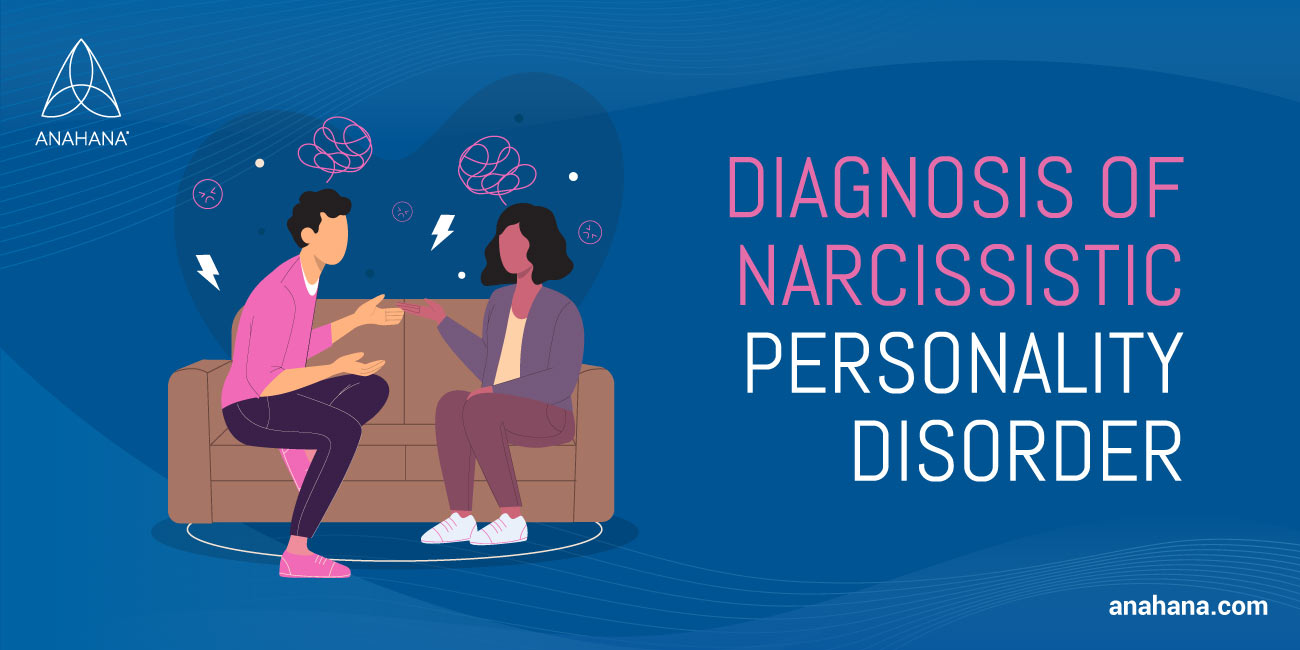 Narcissistic Personality Disorder (NPD) is a mental disorder diagnosed when someone displays narcissistic traits. Narcissistic Personality Disorder is a severe condition that can cause many problems in a person's life. If you think you or someone you know might be suffering from NPD, it's vital to seek professional help. Narcissists are often challenging to treat because they may not believe they have a problem. Sometimes, people with NPD seek therapy only when their narcissistic behavior has caused problems in their personal or professional lives.

There is no single cause of NPD. It is thought to result from genetic, environmental, and psychological factors. Children raised by narcissistic parents may be more likely to develop NPD. Additionally, people who experience trauma or abuse in childhood may also be more susceptible to developing the disorder.

While we all have some narcissistic traits, people with NPD take these to an extreme. Some common narcissistic characteristics include:

According to DSM-5, the Diagnostic and Statistical Manual of Mental Disorders, Fifth Edition, narcissistic personality disorder is characterized by the following symptoms:

Narcissism is a spectrum disorder, which means that there are different severity levels. People with NPD fall on the higher end of the spectrum and display what is known as "pathological narcissism." This means that their narcissistic traits are so extreme that they cause problems in their personal and professional lives. Pathological narcissists may have an inflated sense of self-importance, craving for constant admiration, and lack of empathy. They may also come across as arrogant and difficult to build professional or personal relationships with. 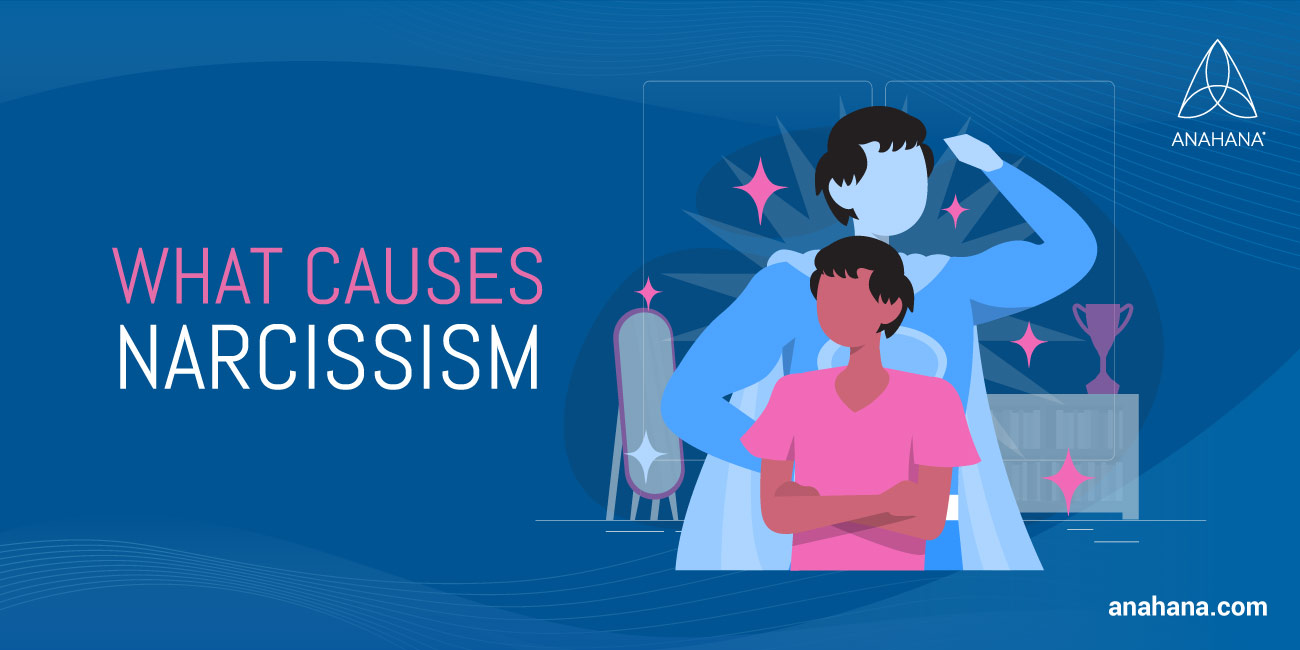 Environmental factors that may contribute to the development of narcissistic personality disorder include:

Psychological factors that may contribute to the development of narcissistic personality disorder include:

Mental health for people with NPD can be a difficult thing to maintain. Because narcissists often lack empathy, they may not be able to understand or empathize with the pain that their words or actions may cause others. Additionally, they may not take responsibility for their behavior and instead blame others for any problems. This can lead to many other mental health issues, such as anxiety, depression, and substance abuse.

If you or someone you know is suffering from NPD, it's essential to seek treatment help. Many treatment options are available, such as therapy, medication, and support groups. People with NPD can learn to manage their symptoms and live happier with treatment. 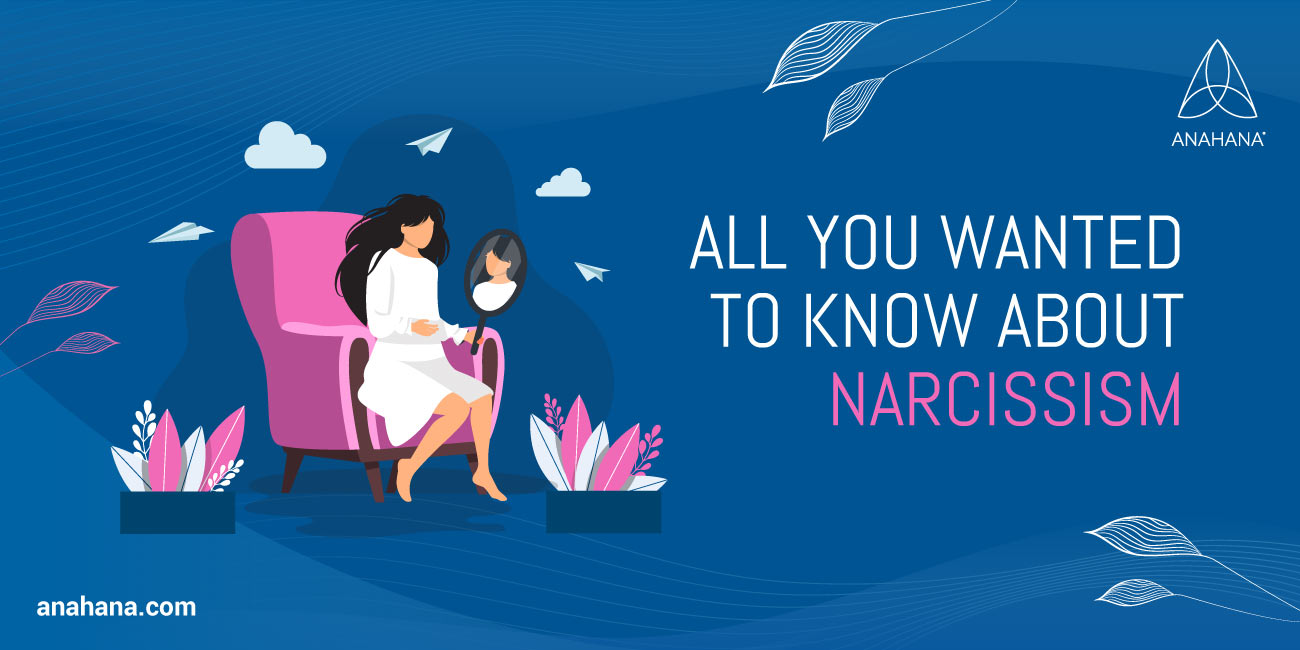 What are the top signs of a narcissist?

The top signs of a narcissist are:

Can a narcissist be a good person?

A narcissist can be a good person; however, since they tend to be self-centered and lack empathy, they can be challenging to work with or be around. Additionally, their need for admiration and validation can often lead them to take advantage of others. While narcissists can be good people, they need to learn skills to help them build healthy relationships and lead good lives.

What are the different types of narcissism?

What are the causes of narcissistic personality disorder?

There is no one cause of Narcissistic Personality Disorder. It is thought to result from a combination of genetic and environmental factors. Children raised by narcissistic parents may be more likely to develop NPD. Additionally, people who experience trauma or abuse in childhood may be more susceptible to developing the disorder.

Is narcissism a mental illness?

Although not all forms of narcissism are pathological, extreme narcissism can be a mental illness. Narcissistic Personality Disorder is a spectrum disorder that ranges from mild to severe. People with NPD who fall on the extreme end of the spectrum display what is known as "pathological narcissism." This means that their narcissistic traits are so severe that they cause problems in their personal and professional lives.

Do narcissists have feelings?

Narcissists do have feelings, but their emotions are often shallow and short-lived. They may feel what is known as "narcissistic supply," which is a rush of positive emotion that they get from admiration, attention, or success. However, they often lack empathy and depth of feeling, making it difficult for them to understand or care about the emotions of others honestly.

How to Relax Your Mind 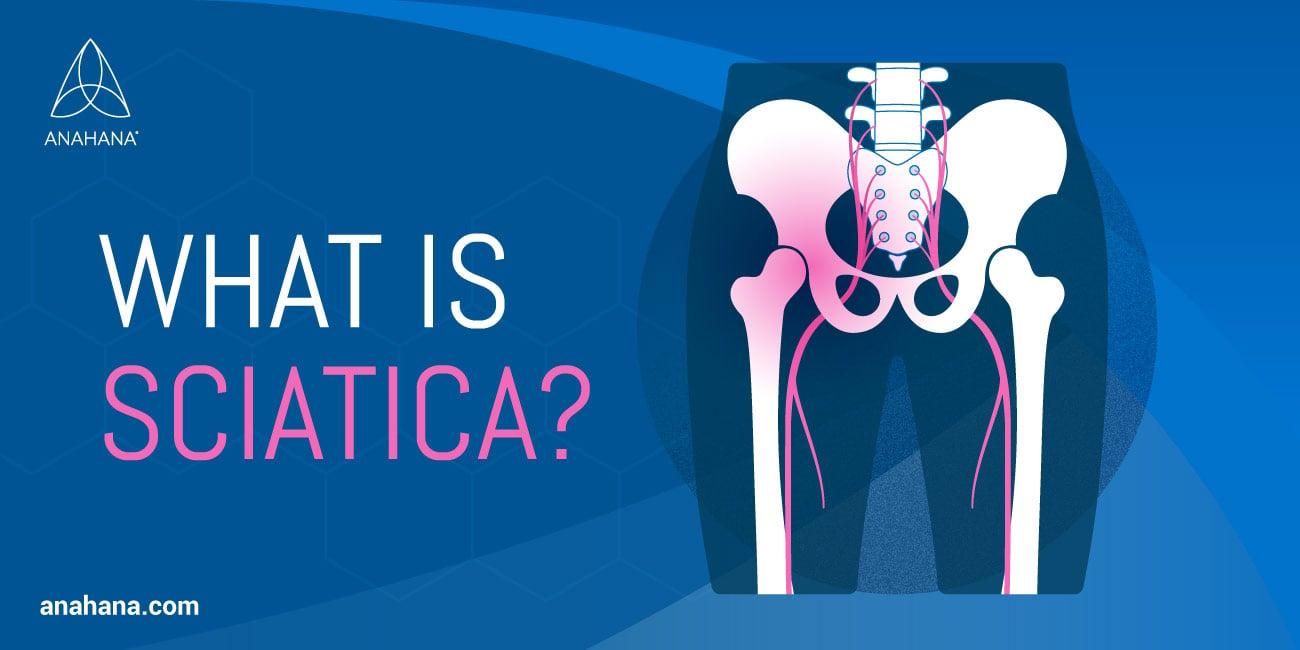 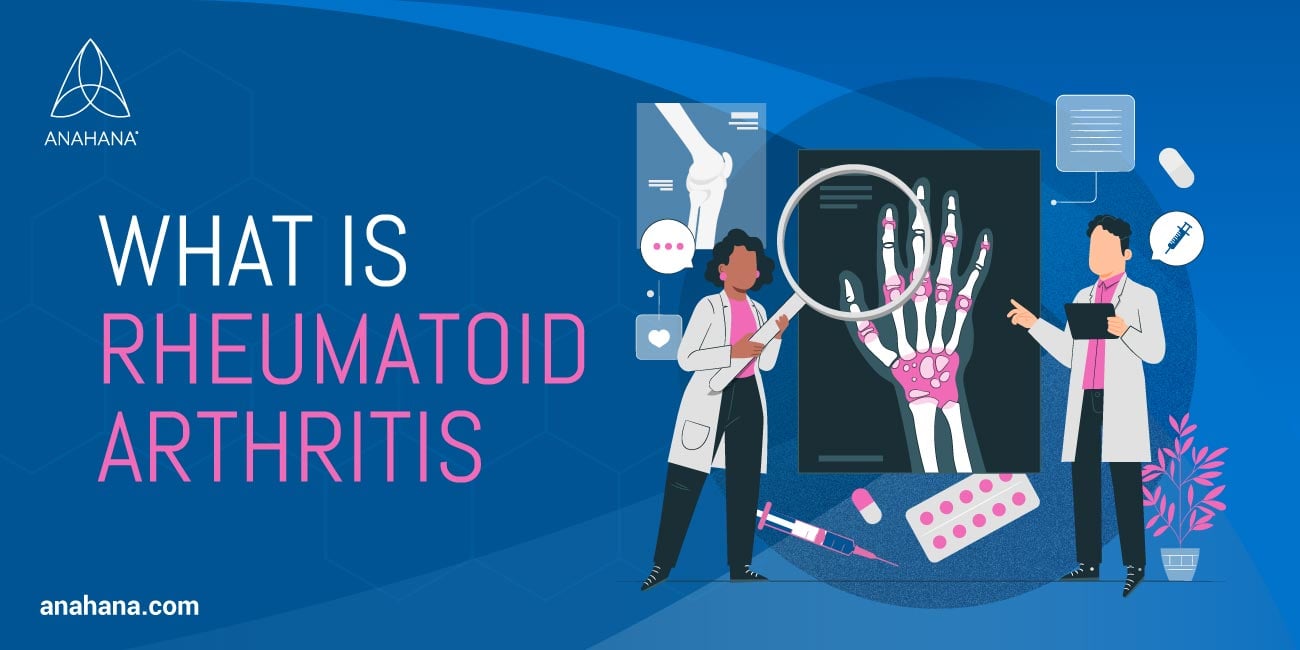