How Meditation Changes the Brain

Harvard neuroscientist Sara Lazar discovered the highly potent effects of meditation after she sustained an injury while training for the Boston Marathon.

As she explains in her highly popular TEDx Talk video (which has been watched over 1.2 million times), her doctor told her that continuing to train would cause further injury. So, for the time being, she was directed to only continue stretching. Wanting a bit more fitness than that, Dr. Lazar opted for something in between: a yoga class. One that incorporated meditation.

Although skeptical at first, she explains, she gradually started to notice that the class was making her calmer. She says she began to feel more compassionate and better able to handle difficult situations.

So, what had changed?

According to Dr. Lazar, it was her brain that was actually changing. In response to her new meditative practices, she was altering the connections within her brain, and through this repetition, she was improving her ability to handle stress.

Does Meditation Change the Brain?

Yes. Today, we know that meditation does change the brain, one of the benefits of meditation. This occurs through neuroplasticity.

The concept of neuroplasticity, or brain plasticity, has been widely studied by medical researchers, doctors, and scientists. In essence, the concept refers to “the brain’s inherent capacity to adapt and remodel its architecture.”

This is most important for our purposes when it comes to stress. Although an inherent part of life, stress affects many of us in negative ways. It clouds our ability to reason. It makes us short-tempered at work and with our loved ones. It keeps us from getting quality sleep at night. The list goes on and on. Chances are, you’ve had some run-ins with being over-stressed before — most of us have! The list of benefits of meditation can go on and on.

The brightness at the end of the tunnel, however, is that you can change how you react to stress, and not just at the conscious level. Your brain is plastic, which means it is “malleable” — changeable. Whether you want to improve you hand-eye coordination or react better to stress, you simply have to teach your brain what new “routes” you want it to take.

Scientists know that meditation takes advantage of the brain’s plasticity through MRIs. Numerous studies have examined the brains of meditators vs. non-meditators and found the same thing time and again:

Those who meditate show more grey matter in areas that count.

What does meditation do? Essentially, this is positive because, “The grey matter gets its grey tone from a high concentration of neuronal cell bodies.” You want a lot of cell bodies and synapses in areas of the brain that are used for desirable behaviors. Repetitive meditation practice helps to increase grey matter in areas that pertain to:

Meditation is inherently a practice that exercises the muscle of focus and attention. As such, studies have shown that with repetition, meditation can help the brain learn how to focus better and for longer on other tasks and topics as well.

Many serious diseases are caused or exacerbated by inflammation. Several studies have found that

“mindfulness meditation training … is associated with improvements in a marker of inflammatory disease risk.”

Memory and information comprehension and retention are also improved with consistent meditation practice. Meditators are better able to recall facts and memories and can recall them quicker than non-meditators.

In general, meditation helps build up grey matter in any areas of the brain that have atrophied due to aging. These include all of the areas listed above as well as areas dealing with verbal fluency, processing speed, cognitive flexibility, creativity, and more.

Frequently Asked Questions About How Meditation Changes the Brain

Q: How long does meditation take to change your brain?

A: After just one meditation session, you should notice positive benefits: A clearer mind, looser muscles, and a more relaxed and compassionate outlook. To actually achieve changes to your brain and increased grey matter in key areas, it may take a longer period of consistent meditation. For example, a key study looking at meditation’s effects on the brain put participants in MRI machines first as non-meditators and then later after having gone through an eight-week meditation program.

Q: Can meditation change your personality?

A: Meditation will not change your personality by giving you a different fundamental character or making you unrecognizable to your friends and family members. However, it may provide you with a “tune up” of some less-than-favoured qualities. For example, it may make you more understanding, compassionate, calm, and centred.

Q: How do I know if meditation is working?

A: There is no magic key to tell you that your “meditation practice is working.” Rather, you will begin to feel the small positive changes accumulate. Slowly, the benefits of meditation will amass and begin positively affecting your family life, work, and personal life.

A: The simple answer is YES! As shown above, it has several positive effects on the body. You simply need to set aside some time to allow yourself to experience meditation first hand.

“A journey of a thousand miles begins with a single step.” — Lao Tzu

Why not start now? Your new life is waiting. 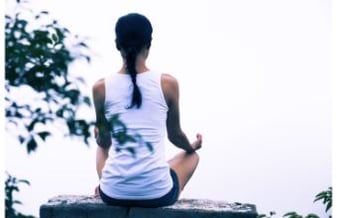 Most of us have heard the virtues of meditation extolled time and again. But what do we actually know about how...
END_OF_DOCUMENT_TOKEN_TO_BE_REPLACED 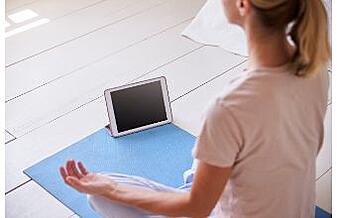 How Meditation Helps with Emotional Health

Scientific research has found a positive correlation between meditation and a host of fantastic benefits. Everything...
END_OF_DOCUMENT_TOKEN_TO_BE_REPLACED 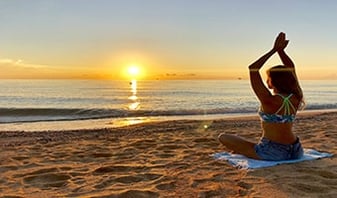 Thinking about doing morning meditation? You really should, as it is the best way to start the day and here is why!  A...
END_OF_DOCUMENT_TOKEN_TO_BE_REPLACED
SHARE
SERVICES
WELLNESS RESOURCES
COMPANY
CONTACT US