In some cases, paradoxical respiration can be acute and require emergency action. In others, it can be a chronic problem 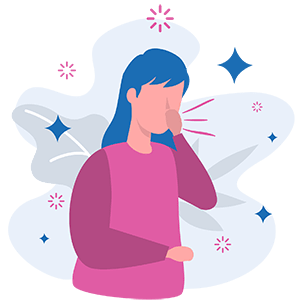 Paradoxical breathing is a catch-all term for a range of states of respiratory distress.

In some cases, paradoxical respiration can be acute and require emergency action. In others, it can be a chronic problem. It may flair up when you are stressed, causing panic attacks and/or long-term laboured breathing problems.

In general, the term refers to a breathing pattern that is the opposite of normal breathing.

This is also called diaphragmatic breathing or belly breathing. The chest does not move.

When the opposite of diaphragmatic breathing occurs, this is called a paradoxical breath pattern. It’s also known as double breathing.

What Are the Most Common Signs and Symptoms?

The following is a list of common signs that someone is breathing paradoxically:

A number of factors can contribute to paradox breathing patterns. 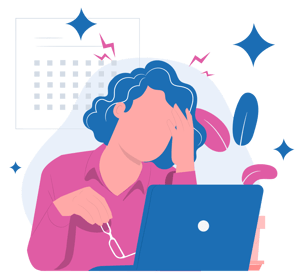 Acute trauma to the chest is one cause that will instantly lead to intercostal contractions. These, in turn, can cause a paradoxical motion in breathing. This is also called stutter breathing or hitched breath.

In this case, emergency action must be taken to help the individual breathe.

However, chronic issues can contribute to abdominal paradox breathing as well:

When chronic stress from work or other issues become a problem, many sub-issues can lead to the paradoxical effect in breathing (sometimes referred to as double breathing or even hyperventilation).

Namely, the fight or flight response (elicited by chronic stress) can cause quicker, shallower breathing — in effect the type of breathing present with abdominal paradox.

In someone who becomes suddenly overwhelmed by fight or flight, for example, hyperventilation may occur. You might also see sudden deep breaths and frantic double breathing (seesaw breathing) in someone who is having a panic attack.

If you frequently have trouble catching your breath and simultaneously work a high-stress job or if you frequently experience traumatic situations, paradox breathing could become a regular problem for you.

Those who sit at desks all day may also find that their upper shoulders, and especially the scalene muscles in their neck, become tense and tight.

Excess use of these muscles when breathing can occur as a result. This can lead to a diaphragm that grows weak and works in a paradoxical way when breathing.

Certain neurological issues, such as epilepsy or migraine headaches, can trigger the paradoxical response, hindering movement in the diaphragm and causing non-diaphragmatic breathing.

Paradoxical chest movement is more likely in those with lung-related health issues such as lung cancer, COPD, asthma, and others.

What Treatments Are Available? 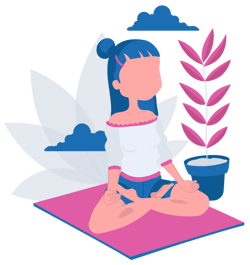 Again, if someone is experiencing acute see saw breathing as a result of trauma to the chest or another physical impairment that is hindering their ability to take in oxygen, emergency aid must be provided.

In the event of a panic attack or hyperventilation, when you or someone else is experiencing stutter breathing or a rapid paradoxical movement in your breathing, try these immediate actions, which can help calm you and restore normal breathing:

If you have been struggling with laboured breathing for some time, often feel out of breath, or can’t quite seem to catch your breath sometimes, you may need to learn how to breathe better.

While this may sound silly (as everyone knows how to breathe to some extent!), learning how to breathe better is something that not many of us take the time to do — to our detriment. Read on for tips and sample exercises.

How to Breathe Better: Reducing Your Risk of Paradoxical Chest Movement

Here are some short sample breathing exercises to help you improve your breathing and combat the paradoxical effect:

Go to a quiet place alone, without distractions. Shake out your muscles, and stand or sit with good posturer. Lightly close your eyes. Exhale all of the air out of your lungs. Now, slowly inhale through your nose, taking care that:

Once you have deeply inhaled, begin to exhale out of your mouth, taking care that:

This is an example of how to breathe better with a proper breathing pattern.

and elicit the relaxation response. Do it any time you feel overwhelmed or like you can’t catch your breath.

Here’s how to do it:

Repeat this four-step process for about one to two minutes.

What is paradoxical breathing?

This opposite breathing pattern can cause shortness of breath, poor oxygen intake, physical distress, and other short- and long-term complications.

How to fix paradoxical breathing?

If the problem is chronic and ongoing, relearning how to breathe and, specifically, learning how to do belly breathing, will be necessary to fix chronic paradoxical respiration.

In other situations where an acute injury or event has caused the paradoxical effect (for example, with flail chest), emergency measures, such as the administration of oxygen, must be taken.

Certainly, emotions and chronic stress and anxiety can contribute to abdominal paradox. Sometimes, the cause of paradoxical movement in the breathing process is unknown.

How does the tripod position help breathing?

In the tripod position, an individual places their hands on their knees, creating a three-point support for the body. This position is often used to help someone who is having trouble with respiration or taking involuntary breathing gasps.

Tripoding engages the strap muscles in the neck for breathing, which allows more air in the lungs at a time.

What is flail chest and how do you treat it?

Flail chest describes a serious injury in which three or more of a person’s ribs have been broken in more than one place and breathing has been hindered. The condition is often caused be a severe blunt force trauma to the chest.

Flail chest is an emergency situation because it often causes the individual to only be able to take in small amounts of oxygen. The broken area of the ribs is unable to help the lungs expand; it moves inward, not outward as it is suppose

Deep breathing exercises such as square breathing, also known as box breathing, have been...
Read More 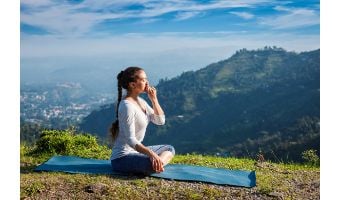 Do you want to learn what deep breathing techniques are all about? How to handle life’s stressors...
Read More 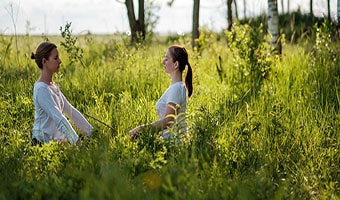 Let’s talk pranayama meaning. What is prana? What is ayama? In the ancient Hindu language of...
Read More