The Best and Most Relaxing Spa Music

Is There Specific Yoga Music?

Whether you feel it or not, music and sound have deep impacts on your psyche. Studies show that music can alter your mental state and change the way you perceive the world.

Music can make you more giving. It can help you socialize and cooperate better with others. Recent research has even proven that listening to multicultural music gives you a more positive attitude toward different cultures.

Here are some great places to find relaxing music for yoga:

Of course, the yoga music YouTube offers is also free! Artists will often put one or two of their yoga songs on YouTube as samplers. If you like their stuff, you can then go on to find their full discographies and curated track lists elsewhere.

In addition to melodic music, many meditators like nature sounds like trickling water in a stream, beach waves, wind, or rain. You might also try binaural beats or delta waves, which are especially good for sleep.

“Yoga is the journey of the self, through the self, to the self.”
― The Bhagavad Gita

Love What You Read? Download Our FREE Yoga Music Guide! 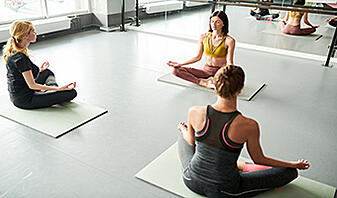 Anyone can benefit from yoga, and online yoga classes are a fantastic way to go about learning the practice. Anahana...
END_OF_DOCUMENT_TOKEN_TO_BE_REPLACED 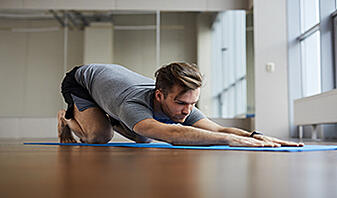 Feeling stressed? Is your body aching then restorative yoga could be exactly what you are looking for. Helps you relax...
END_OF_DOCUMENT_TOKEN_TO_BE_REPLACED 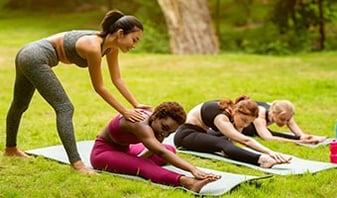 While the traditional yoga you may be familiar with takes you through a range of movements and poses. Gentle yoga is a...
END_OF_DOCUMENT_TOKEN_TO_BE_REPLACED
SHARE
SERVICES
WELLNESS RESOURCES
COMPANY
CONTACT US