What's the Difference Between Pilates vs. Yoga? 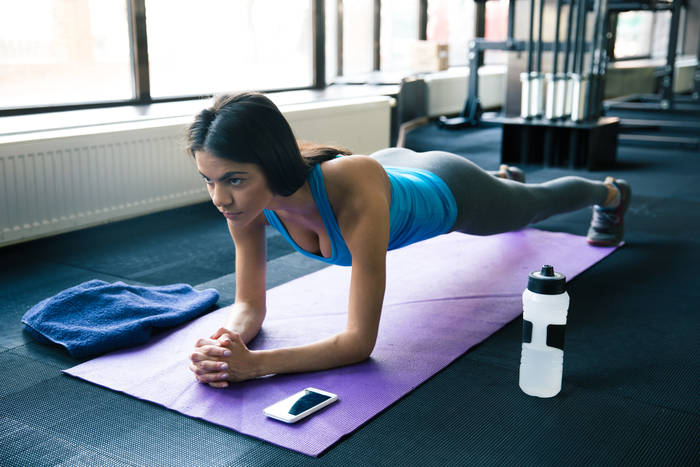 Pilates and yoga are often mentioned in the same breath — and for good reason. Not only are both practices considered forms of mind-body exercise, but they are also both helpful for stress release, physical fitness, breath control, and improved focus.

Still, ask any yoga or pilates instructor, and they’ll tell you that the two practices couldn’t be further apart. And to be sure, there are many dissimilarities between the two.

Ahead, we’ll delve into both the similarities and differences between pilates and yoga — two of the most beneficial forms of mind-body exercise.

Pilates or “the pilates method” was developed in the 1920s by a man named Joseph Pilates, originally from Germany. Joseph endured many illnesses as a child, including rheumatic fever, asthma, and rickets. As a result, he became enchanted by the idea of improving his strength and endurance later in life. Physical fitness became his passion, and he became a physical trainer.

Through the idea of balancing the mind, body, and spirit together — similar to the way the ancient Greeks revered the "ideal man” — Joseph created his pilates method. His practice included approximately 500 exercises, most of which were inspired by some form of ballet, yoga, or calisthenics.

Pilates is both an aerobic and a non-aerobic practice. What’s consistent is the focus on the core, which is required for most all of the movements. Additionally, each technical exercise has a specific breathing and rhythmic pattern that is followed. Correct form is crucial when it comes to practicing pilates.

Although you can take a variety of pilates classes, there are not different “types” of pilates (as is that case with yoga). Instead, most classes are divided according to the core goal (flexibility, strength-training, better posture, stress-reduction, etc.) or according to experience level (beginner, intermediate, advanced, etc.).

Yoga is an ancient holistic practice, which began in India. The practice involves moving the body physically, focusing the mind mentally, and tapping into a spiritual mindfulness practice in the process. The ultimate goal of yoga is to connect the mind and body. However, a range of wonderful benefits can be gained from the practice, including:

The word yoga is Sanskrit and literally means “yoke,” which is often further translated to signify “unity” as a yoke is something that links together an animal with a plow or cart. Like this type of yoke, yoga is meant to unify the practitioner with the divine. It is also meant to connect or bring harmony to the body and the mind.

How old is yoga? No one can really say for sure. Experts, however, say that the practice began about 5,000 years ago with the dawn of civilization in the Indus Valley — in around 2700 B.C.E. Modern-day yoga, however, may be quite different from ancient yoga and has surely changed and evolved over the centuries.

If you are considering a yoga practice, you’ll have many styles to choose from. Here are just a few of the most popular styles.

Ashtanga yoga flows with the breath. It is faster than other types of yoga, and many people describe it as "athletic." As opposed to still poses, you are engaging in a flow or series of movements.

Hatha yoga actually includes many different types of yoga. For example, Iyengar yoga is a type of Hatha yoga, which uses props to teach the precision of alignment within each posture. Through Hatha yoga, one can increase flexibility and strength. Unlike more meditative types of yoga, Hatha yoga is quite dynamic and active.

Yin yoga tends to be done in the seated position and is much slower paced than other forms of yoga. The goal is targeting the deep tissues of the body as opposed to targeting muscles. Poses are held for much longer as well (up to five minutes for advanced practitioners). Yin yoga is excellent for those who want to improve the mobility of their joints, reduce stress, and increase circulation.

Vinyasa Yoga is another one of the most popular types of yoga. It connects movement with the breath and is a notably graceful practice while also being energizing and revitalizing. Vinyasa yoga may be done in the seated, standing, or supine positions and includes a number of balancing and twisting poses. Among these are numerous poses that target and strengthen the core.

How Are Pilates and Yoga the Same and Different?

Pilates and yoga are quite similar in many ways. For one thing, both practices focus on connecting the mind with the body. Pilates is often seen as the more athletic of the two practices; however, it still emphasizes the breath and maintaining deep focus. One couldn’t say the same about other “athletic” endeavors such as basketball or traditional weight training.

Moreover, both pilates and yoga are essentially mat practices, meaning simply that they’re practiced on a mat most of the time (although a Reformer is also used for pilates). Likewise, you can practice both yoga or pilates basically anywhere — from a studio or the park, to the beach or your own living room.

Other similarities between pilates and yoga include common focuses on:

Additionally, the ultimate goal of pilates and yoga is different. Yoga is certainly more meditative and focuses more on what’s going on in your mind. While pilates emphasizes the mind-body connection as well, it’s more focused on physicality, muscle flexibility and strength, and nailing each pose and movement as precisely as possible.

It’s important to mention that pilates and yoga equipment are quite different as well.

First, there isn't much yoga equipment necessary for the majority of yoga classes. Basically, all you need is a yoga mat. Certainly, some classes will ask that you have additional yoga accessories or “props” as well. Some of these, like yoga blocks, can be handy for beginners especially as they can aid you in poses that would be too difficult to do on your own as you’re just starting out.

Pilates equipment, on the other hand, is more integral to the practice itself. Referred to as “the apparatus" by Joseph Pilates himself,” the main pilates machine used in the practice can look bizarre at first. Essentially, it is a machine that integrates various forms of resistance (by using the practitioners body weight, leverage, and springs) in order to carry out pilates exercises and target unique muscles.

This machine is called the pilates reformer or the universal reformer, and it was invented by Joseph Pilates himself. Interestingly enough, pilates created his first Reformer out of machinery springs and a bed!

In a complete pilates studio, you will likely find a pilates reformer as well as several other pieces of pilates equipment:

Pilates vs. Yoga for Seniors

Is pilates or yoga better for seniors?

Both pilates and yoga can benefit seniors. If you’re deciding between the two, however, you’ll have some considerations to make before deciding. Namely: What is your goal? And: Where are you starting from, physically?

If you want to strengthen your muscles, pilates might be a good place to start as it places more emphasis on muscle-building. Remember that as you get older, muscle loss is an increasingly common problem — as is arthritis — so pilates can be a great way to keep both muscles and bones strong and pain-free.

If you want to increase flexibility, yoga is your answer. Stiffness is a common problem in senior citizens who don’t get a lot of physical activity in. Furthermore, staying seated for most of the day can cause stiffness and shorten muscles. Improving flexibility through yoga is a wonderful solution.

If you want to lose weight, pilates may be the answer as it will almost certainly help you burn more calories. At the same time, yoga can help you burn calories too; you simply need to choose a yoga class that offers more physically demanding poses and movements.

If your goal is to get moving any way you can and you haven’t been moving very often recently, try yoga. A beginner’s class will have you doing soft stretches and simple poses at the start. Props can also be used to help you ease in and out of each posture more fluidly.

Q: Does pilates come from yoga?

A: Some of the pilates movements that Joseph Pilates developed can be traced back to yoga asanas (poses).

Q: Is yoga or pilates better?

A: There is no simple answer to this question. Yoga and pilates are quite similar, yet they both come in different forms. You should choose according to what your goals are.

Q: Is yoga or pilates better for pregnancy?

A: Typically, yoga is better for pregnancy. It’s wise to choose a class that is labeled specifically “prenatal,” however, as all of the postures will keep the pregnant woman in mind. If you can’t find a prenatal yoga class, be sure to tell your instructor that you are pregnant, so they can direct you on which poses to avoid or modify.

Q: Which is better for arthritis yoga or pilates?

A: Both practices can help arthritis. Yoga helps strengthen and improve flexibility of the muscles around the joints, and pilates strengthens the bones and joints.

Still, if you’re not used to practicing either pilates or yoga, you should look for slow, beginner classes to start with. Tell your instructor that you have arthritis and where. They will be able to tell you which poses to avoid or modify so as not to exacerbate the arthritic pain and any inflammation.

Q: How many times a week should I do yoga?

A: You can never do enough yoga! At the same time, if you can only fit in one class a week or a few at-home sessions here or there, you’re still doing great. You’ll certainly reap the numerous benefits of this practice no matter how much you do. As a rule, however, a solid yoga practice involves taking two or three classes a week and practicing certain poses on your own whenever you can (especially when you’re feeling extra stressed or stiff).

Q: How many times a week should I do pilates?

A: If you are devoted to the pilates method, it is recommended that you practice pilates at least three times a week. If you are just starting out, try taking a beginner’s pilates class that meets once a week. Then, practice at home on your own whenever you can.

Pilates vs. Yoga: Which Is Right for You?

Still not sure whether pilates or yoga is right for you? There's no reason why you can't try both! As you can see, each practice offers something distinctive and can be beneficial to your mind, body, and spirit in unique ways.

Try pilates and yoga and see what you like best — you may just find that you love them both!

From yoga, pilates, meditation, to nutrition our in-home, private services are designed to save you time, reduce stress, and make living a healthy and balanced lifestyle more attainable. 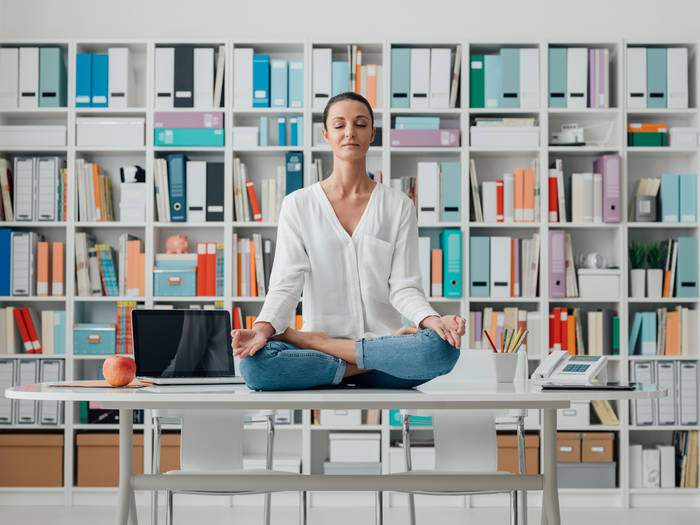 How to Relax Your Mind

Get Health & Wellness Tips in Your Inbox: